Back to the top

Here you will get the latest updates about JINDUJUN REC., upcoming and fresh releases, selected Soundcloud favourites or albums of the month/week and everything in between.

Let me welcome you to our very first episode of #checkmalab !
A series about various artists and their workspace for people to get inspired and get more info about the person behind the music.

As we visited each of them, the session immediately started to take off and we talked, hang out and got creative.

In conclusion the result of this whole process are personal liner notes, gear info, tips and tricks, workflow and some very pleasing visuals by our beloved creative team.

Now let’s dive in and check some labs! 🙂

..I got late (which I actually try not to be) when I arrived at Tobias a.k.a. Woody Beatpecker’s place.

Niggi was already taking some pictures and we started to get active. As usual there was smoke up in the air and the speakers were bumping.. one step into his apartment is already enough to feel right at home.

Woody’s located in Kleve, Germany (our hometown) and we don’t get to hang out that often since I’ve moved, not to mention it’s always a pleasure to get around there.

Woody, how you got your name?

‘Woody Beatpecker obviously is referring to Woody Woodpecker, which is just a fun character and years ago as we started to play around with this one, things like Woody Weedpecker lead to Woody Beatpecker and I decided to stick with that ever since.’

What’s your gear at the moment?

Since when are you making beats and how you got started?

‘..after spending a lot of time digging thru different music decades and genres with my friends, we got the inspiration to start making music in around 2012.’

Who are your biggest influences?

‘My biggest influences are Hip-Hop productions of the early till late 90’s. After discovering producer like Pete Rock, DJ Premier, Lord Finesse, Buck Wild , Nick Wiz, J Dilla and on and on.. I was like “YOOO!! I wanna do that shit too, how are they doing this?!” ..and as I got more into making beats, getting a good ear for samples and as I continued getting reeeally really deep into it, I’ve learned more and more about jazz, funk, soul, blues, rock and more music genres.’

How would you define your style?

‘I don’t have a specific style, I’m just doing me and what I like to do. ..sometimes I like to make a snapping, neck breaking BOOM BAP beat and then.. I want to do a trap type a beat or ambient music. I don’t want to limit myself in any kind of genre.’
*love that answer lol

Could you name any strengths of yours and how did you develop them?

‘I have a good ear for samples. For instance I’d describe myself more a perfectionist, which also can be your biggest enemy at some point.. when I start looking for samples I really like to put that vinyl on or whatever source and get into it. I start listening to everything.

From the leads, keys, drums or little sounds in the back.. and I like to find that unique 5 – 10 sec sample in a record, you know? So, the conclusion of always listening really carefully helped me a lot. Do not disturb yourself.

Try to hear it all and you will get there.’

What’s your procedure? How do you start a beat?

‘It depends on what kind of music I want to make. Most of the time I hear a sample or play something myself and then I start to put some drums together and everything creates itself from there. But it also could be the other way around. Just let it happen.’

Above all Woody’s collabs and participation on several projects already brings up a nice catalog, even tho he hasn’t released so much of his very own work.

..while time passed he took place in several projects including:

Name your favourite albums ever.

‘There are to many gems to name them all, but some of them are..

Big L – lifestylez ov da poor & dangerous
Lord Finesse – The Awakening
Artifacts – Between A Rock And A Hard Place
Wu-Tang Clan – Enter The Wu-Tang (36 Chambers)
Nas – Illmatic
Pink Floyd – The Dark Side of the Moon
..on and on.’

What does JINDUJUN mean to you?

‘..to me JINDUJUN itself means lots of childhood memories I’ve been thru especially with buck.fitches & pdjini. You know, diggin thru music, learning and respecting about different cultures (especially the hip hop culture), learning more about different forms of art, growing in ourselves and therefore motivate each other to grow even more and make process.’

You know the deal!

I’d like to give much love and respect to Tobias ( Woody Beatpecker ) for helping me start this whole project and especially Niggi ( https://www.instagram.com/n_pgs_photos/ ) for these dope visuals.

Stay tuned and be on the lookout for more of #datsdatish ! 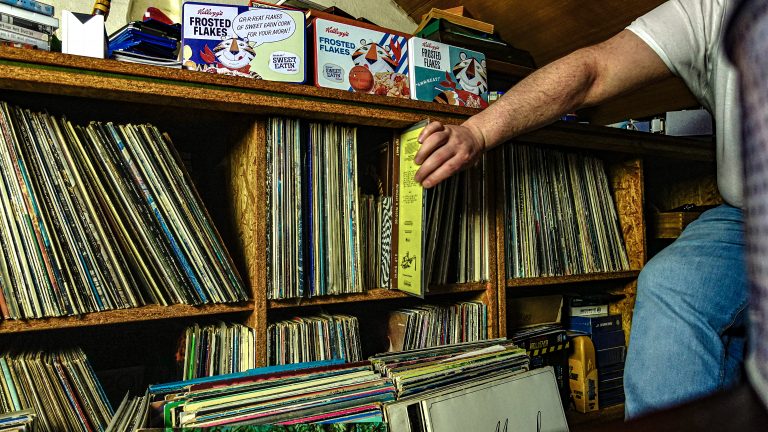 #6 NOTES TO SELF_the feeling of shame: how it traps or leads us to perfection of our own